Founded in 2016 by Andrea K. Roth-Ross (aka: A. K. Buckroth), MA, Author, Speaker, Proofreader, Critiquer, and sole-proprietor, Buckroth Enterprises (BE) is a proofreading service.  Catering to manuscript writers, essayists, students, authors and the like, BE’s sole-proprietorship is attentive to corr 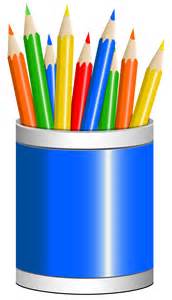 Meager editing where needed for overuse of pronouns, repetitions of any sort, insertion of adjectives, proper placement of adverbs, following the writers use of dialogue, and the ever-present respect of who, what, why, when, where, how and how much will be noted.

Plot, theme, subject matter, voice, organization will be considered and respected once established by the author.

Buckroth Enterprises is a critiquing business that gives suggestions for the originator to make change(s) to any document.

Documents of any size will be stored for 5 (five) days after return to owner.

If chosen, thumb drive(s) may be provided by you to me for your storage purposes.  r.  If paper copy is requested, an extra charge of $0.25 (twenty-five cents) per page will be added due to paper and ink.

When you email your documents to this service, inserted corrections and suggestions will appear in blue.  Here is an anonymous author’s example of this proofreading service:

“…A cigarette hung out of Jerris’s mouth as he watched his soldiers loading into the dropship.  He pulled fast on the smoke, realizing that once Sergeant Akhim stopped briefing him, he’d have to board the transport.  He was still adjusting one of the seal panels on his new armor set.  It was shinier, apparently more protective against high velocity projectiles and laser fire.  The suit was heavy, leeching his stamina, which Jerris knew would be problematic.  Every limb was plated with two interlocking pieces of plasta-steel, and his torso was outfitted with segmented panels that folded into one another.  The chest and pelvic sections auto-deployed, making the armor easy to mount and use the restroom.  Nonetheless, the helmet was separate. and Suit pieces had to be adjusted and tapered with after deployment, which meant that instant deployment in the field wasn’t an option yet.  This still had to be done at base.  Overall, he felt it was too clunky, and he’d likely grow to hate it.  We’ll see, he thought.

“Jerris could tell Akhim was nervous by looking at him.  A sparkling of sweat on his forehead, the constant movements of his eyes, scanning the area, along with the quick twitching movements of his hands as a sure sign of nervous anxiety.  Everyone was.  All the soldiers looked jittery like this.  Jerris felt it too, but he suppressed it.  He had already survived the attack on the base, and believed he knew what to expect.  He wondered how bad it had been at wherever Akhim had been assigned.

“…and the new containers carried by the dropships? They can be deployed from either side, but use the viewports to figure out which way your container’s been dropped!” Akhim demonstratively yelled over the sound of twenty roaring engines preparing for takeoff.  Jerris nodded.  He found the setting on the adjustment panel he was trying to get, and clipped the arm bar so that it was remained in place, snug on his forearm.

“Anything else?” Jerris wondered, plopping his new helmet onto his head, and adjusting the visor.  Akhim shook his head.

“Got it,. Alright,.  Straps on!” Jerris replied, blowing his out smoke out, and flicking his cigarette aside in one fluid movement.  Brigmante lumbered toward his own….”

With that being said (written), please peruse the other offers of this website.  Thank you for considering Buckroth Enterprises.